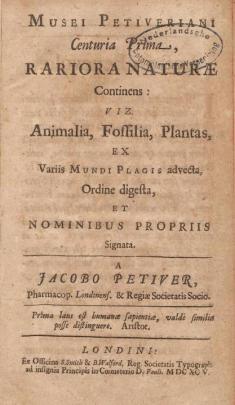 Over the past year I have spent more time than usual on social media and Zoom presentations.  Since I am interested in plant collections, I tend to come across programs related to natural history museums.  A persistent theme that has gotten even more attention since the rise of the Black Lives Matter movement, is the idea of decolonizing collections.  This is hardly a new concept, but events have made it a more obvious and pressing concern.  Because so many institutions were physically closed, curators and the public had a chance to step back and ask questions about the future of collections and how they are used.

I hesitate to even broach this topic because I am an old, white woman who some would consider privileged:  educated and comfortably retired.  Despite my limit perspective, I am writing about this issue because I can’t not write about it.  One Zoom presentation I attended was sponsored by the Digital Library Federation and featured staff from New York Botanical Garden .  Regina Vitiello, project coordinator for the garden’s Steere Herbarium, discussed the issue of labels with place names that would now be considered culturally inappropriate.  There are a number of issues here ranging from who finds these—is it enough just to wait until someone happens upon a problem or should curators be actively searching for them.  Then, who decides they are inappropriate and what to do about them:  are they expunged—both on the specimen and online—or are they left, but with a notation.  Vitiello notes that this work becomes a communal project within the herbarium, requiring discussions among those responsible for the collection.

Rashad Bell, collections maintenance associate at the NYBG Mertz Library, covered similar issues with the library catalogue.  In searching for items for a patron, he found a 1950 biography of George Washington Carver called The Ebony Scientist, a title that would not even be considered today.  However, the book is still a useful resource, so it should remain in the collection and in the online catalogue.  What, if any, notation should be made on the entry?  Neither Bell nor Vitiello had answers for all the questions they probed, but that is in part what made their presentation useful.  It showed the layers of examination and work involved in actually opening up collections, laying out how they reflect past cultural influences, and what is involved in making them more welcoming to all.

Bell also participated in a presentation at Science Museum Fridays at New York University.  The session was called Decolonizing Living Collections and also included Laura Briscoe, NYBG herbarium collections manager.  After the event,  Bell and Nuala P. Caomhánach wrote about interviews with the participants for the Journal of the History of Ideas blog (1,2).  They are worth reading to get a sense of the complexity of the issues involved.

“Decolonizing collections” can mean many things but a major thrust is to ask new questions of what is available, including what collections and their attendant archives can reveal about the role of indigenous and enslaved peoples in building them.  One collection that is receiving special scrutiny is that of Hans Sloane, the British physician who assembled not only a large herbarium but also books, art, coins, anthropological and zoological materials from around the world, that became the founding collection of the British Museum (see last post).  Sloane’s wealth came in part from his marrying a wealthy widow who had inherited her husband’s Jamaican plantations that employed enslaved people.  Sloane met her while he was physician to Jamaica’s British governor and spent his spare time amassing a natural history collection.  He was aided by British landowners as well as indigenous and enslaved people.  The latter two groups were those most engaged with the land and its organisms (Delbourgo, 2017).  Careful scrutiny of Sloane’s letters and notebooks could reveal interactions and information not recorded in his Natural History of Jamaica.

Sloane’s herbarium is composed of collections by over 280 individuals, with the most specimens coming from James Petiver who himself had acquired 100 herbaria and had a network of collectors around the world.  Important sources were the captains and surgeons on slave ships that sailed a triangular route from Britain to Africa carrying goods that were sold there and then conveying enslaved Africans to be sold in the West Indies and from there in the American colonies.  On the return trip, the ships carried sugar, coffee, and tobacco to Britain.  Though Petiver’s collection had a worldwide scope, the geography of slavery shaped it in that many of his specimens came from West Africa, the Caribbean, and southern American colonies.  The role of slavery here is now being more carefully scrutinized along with other colonization practices (Murphy, 2020).

Petiver published regularly, describing new species that his network had sent him .  He rewarded contributors by mentioning their names in print, but needless to say, the names of many who had actually found the plants and imparted information about them are forgotten.  (see image above)  To me, this is what decolonizing collections is about, attempting to unearth the people and information that never made it into publications.  In most cases, names are lost, but hidden in the archives are references to where collectors obtained plants and plant stories, some of them about a species’ uses or religious significance.

Note:  I would like to thank Ray Pun, instruction/research librarian at the Alder Graduate School of Education in California, for providing the link to the Digital Library  Federation presentation from NYBG.  This is only one of many resources he has pointed me towards and for which I am grateful.

One thought on “Decolonizing Collections”