When I was studying the aesthetics of biological inquiry, my adviser kept driving home the distinction between the aesthetics of the process of research and its product.  So far in this series of posts (1,2,3), I’ve focused on the process, what Gerald Holton (1973) calls the private side of science.  This includes the joy of discovery, the pain of failure, the exhilaration of sensing the path to figuring out a problem.  Usually, this gets bleached out of a publication on the product of this work, which in systematics might mean description of a new species or even a new genus.  Does this mean that there is no aesthetic aspect to research products?  I hardly think so; there are eloquent and not so eloquent ways of communicating results, and the difference matters.  Historians argue that one of the reasons it took so long for biologists to recognize the significance of Barbara McClintock’s work on mobile genetic elements in corn was that her papers were so obtuse (Keller, 1983; Comfort, 2001).  It was difficult to appreciate the significance of the work, and added to this was a sense that corn was an odd plant genetically.  Her work was less valued for reasons that weren’t without an aesthetic component.

It is possible to describe a new species solely in words.  There are no images in Carl Linnaeus’s Species Plantarum nor in many other botanical classics.  But the use of images arose early in the history of modern botany and even occurred before that time.  The Roman naturalist Pliny the Elder cites an illustrated materia medica text by Crateuas from the first century BCE, and the 6th century Juliana Codex has many realistic plant illustrations (Morton, 1981).  Before John Sibthorp went on his collecting trip to the Levant, he spent months in Vienna studying the Codex and a 17th century manuscript with illustrations based on it (Lack, 1999).  The great early modern herbals of the 16th century including those of Otto Brunfels and Leonhart Fuchs were significant not so much for their texts, but for their illustrations.  Rembert Dodoens’s work was considered important for both (Ogilvie. 2006).

But while some botanists thought illustrations essential, others put the emphasis on clear descriptions.  There are no images in John Ray’s Historia Plantarum.  Even in the 19th century, botanists like Joseph Dalton Hooker saw text as more scientifically rigorous than images (Endersby, 2008).  Like many botanists, he thought images were only necessary for the less serious plant fanciers.  Today systematic publications, especially those describing new species, often have pen and ink illustrations and/or color photographs.  I haven’t done a formal study but I think the ratio of illustrations to photographs has declined over the years.  I would argue that this is to the detriment of both science and aesthetics.  Photographs are great, but often they become more legible when the eye has been trained on drawings that clearly delineate features.

However, communicating botany involves more than systematists communicating with other systematists, more to making the products of research public.  Among those products are the herbarium specimens, the tools that botanists use in their work.  These were created in private, but deserve to be public, both because they help people understand what botanists do and can transmit the excitement and exhilaration of research.  Sometimes when I am inputting label data from a specimen, someone will come in and say “that’s a beautiful specimen,” or I will simply say it to myself.  I have been known to photograph some of my favorites (see image above) as I would a beautiful flower in a garden or a striking landscape, just so I can relive the experience of it.  Working in a herbarium is like working in the storage facility of a great museum, like the 105,000 square foot underground facility at the Metropolitan Museum of Art.  The difference is that most herbarium treasures rarely get displayed.

Specimens are aesthetic objects for two reasons.  Some of them are indeed beautiful, and that’s why art professors send their students to herbaria to study and draw them.  But there are also the stories that are attached, either physically and more peripherally to specimens.  Especially in historical collections, there are sometimes letters or notes affixed to sheets perhaps written by the person who sent the specimen to a botanist, describing where it was found or giving some other reason for its significance.  In other cases, it is a note reminding the botanist of its significance.  The 19th century Pennsylvania botanist William Darlington noted on a Rudbeckia triloba specimen that “This appears to be the last plant poor Baldwin collected.”  He was referring to his friend William Baldwin who died on the Long Expedition in 1820.  Another Darlington notation reads:  “Symphoria racemosa from John Jackson’s garden raised by him from plants brought from the Missouri by Lewis & Clark.”  That was definitely worth recording.

To me these brief notations open up narratives about collecting in the early years of the United States, about the personal and national significance such collections can have.  I will end my ramble on aesthetics by mentioning the exhilaration I felt when I found these remarks while having the opportunity to study some of the material at the William Darlington Herbarium at West Chester University.    Opening up such collections and making them available digitally will allow a broader audience to appreciate them and interpret them in new ways.

Note:  I am very grateful to Sharon Began of the Biology Department and Ron McColl in the Library Archives at West Chester University who were extremely helpful to me on my several visits there.

Keller, E. F. (1983). A Feeling for the Organism: The Life and Work of Barbara McClintock. New York: Freeman. 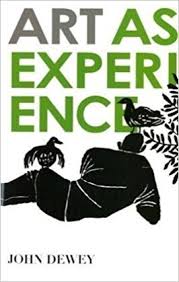 As a master’s student, I would return to the lab in the evenings to write my thesis on enzyme kinetics.  However, I was often sidetracked by reading my adviser’s copy of a book on the origins of molecular biology (Cairns, Stent & Watson, 1966).  I should have known then that I was more interested in how biology was done rather than in doing research myself:  I wanted to explore the human passion behind the inquiry.  My doctoral thesis was on the aesthetic of biology:  what makes biology beautiful.  I had a wonderful time exploring the many answers to this question (Flannery, 1992).  Then, years later I fell in love with herbaria.  As I explored this new world, I realized that I was drawn to it because it exemplifies the biological aesthetic in a myriad of ways that I’ll explore in this series of posts.

Aesthetics is the philosophy of beauty, or some would say the philosophy of art, because they see a difference between beauty in the natural and human-made realms, and focus on the latter.  I tend to side with those who take the more inclusive view.  I’m particularly drawn to John Dewey’s (1934) Art as Experience.  He argues that any activity in which one is fully engaged has an aesthetic component and involves both cognition and affect.  I can’t think of any activity that fits this description better than biological inquiry.  Consider what it’s like to be out in the field searching for interesting specimens:  the mind and the eye are fully absorbed.  When a species is found, there are decisions to be made:  is this something so rare that it shouldn’t be tampered with, is it in bloom, what would make a good specimen, how should it be arranged so it presses well?  Then there is getting all the necessary information recorded.  This entire process entails, at the very least, mind, eye, and hand.  And I would argue also the heart because there is the excitement of discovery and acquisition, as well as curiosity and the challenge of artful arrangement and of correct identification.

Over the past 30 years, there’s been a move in education to emphasize and nurture the links between the affective and cognitive functions of the brain with the argument that effective learning encompasses both.  This is the theme that neuroscientist Antonio Damasio has enlarged upon in several books (1994, 2000, 2018).  Still, the Cartesian separation of mind and body remains deeply engrained in our collective unconscious, especially when it comes to attitudes toward the differences between art and science:  art is about feeling, science about rational thought.  Yet, in fact, they are both complex blends of many brain and body activities that are strikingly similar in both realms.  Robert Root-Bernstein (1989) did a study on the outside interests of top scientists and found that many of them were involved in the arts, which they pursued vigorously along with their science.  A number saw a connection between the two activities.  Roald Hoffmann, for example, a Nobel-Prize-winning chemist and also a published poet, described going into the deep recesses of his mind and heart in writing a poem, just the places he had to access for his scientific ideas as well.  Santiago Ramón y Cajal, a neuroanatomist and another Nobelist, was an accomplished artist whose drawings were an essential part of his scientific work.

The same can be said of a number of botanists.  I’ve written posts on Konrad Gessner (1,2), whom Florike Egmond (2016) contends used drawing as a way to make discoveries about plant structure as well as to record them.  I’ve also mentioned the British plant morphologist, Agnes Arber (1954), who wrote The Mind and the Eye, in which she argued that plant morphology entailed mental abilities usually associated with art rather than science:  a sense of space, manipulating forms in space, and going beyond rational thought into a realm assumed to be art’s territory.  When I found Arber’s book early in my work on the biological aesthetic, I felt justified in continuing to pursue the subject.  Here was a Fellow of the Royal Society who was convinced of the link between art and science as essential to her scientific inquiry.  Though this is was hardly an isolated case, examples are not easy to find.

Most information about such links belong to what is called the “private side” of science.  Years ago, the physicist and historian Gerald Holton (1973) made the distinction between private and public science to explain why most people have a rather distorted view of science as being rational, logical, and orderly.  This description is correct for science that is published; it has to have these characteristics in order to be understandable and convincing.  Yet, how science is actually done is very different.  It is not an organized product, but often a rather messy, unsystematic, and illogical process.  Much science begins with a conclusion, a brilliant idea, a hunch for which there is little or no evidence.  The route to making sense of the idea and corroborating it may be a long and winding road, with U-turns, detours, and many fallen trees blocking the path—and much excitement as well.  It is this part of science that interests me, and what I was investigating in the lab at night when enzymology was being neglected.  This is the part of science that attracted me to the herbaria, a private side of science if ever there was one, and a topic I’ll pursue in the following posts.

Arber, A. (1954). The Mind and the Eye: A Study of the Biologist’s Standpoint. Cambridge: University Press.

Damasio, A. (2000). The Feeling of What Happens: Body and Emotion in the Making of Consciousness. San Diego, CA: Mariner Books.

Damasio, A. (2018). The Strange Order of Things: Life, Feeling, and the Making of Cultures. New York: Pantheon.